Winds of Change by Jo Grafford 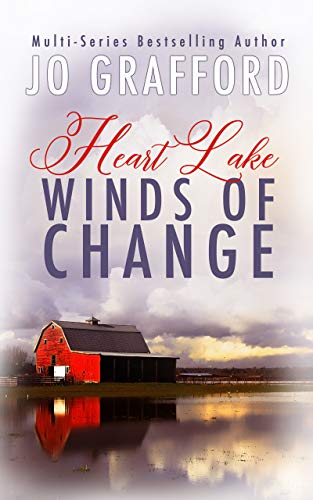 The cowboy who broke her heart and the career opportunity that brings her back to the small town where they first fell in love… Is this their second chance at happily-ever-after?

While they were growing up, Hope Remington was the darling of Heart Lake, and Josh Hawling was…well, bad news on the other side of town. And now she’s returning as head principal to unite their two rival high schools under one roof. She soon realizes that her biggest challenge isn’t going to be the gangs embedded in the student body, although they’re a close second. It’s Josh Hawling, who has somehow convinced their aging superintendent that he and his security firm partner can keep the campus safe while coaching their backwoods collection of farm boys into a football team that’ll make the playoffs.

How is she supposed to improve test scores and graduation rates when her students’ biggest idol is a man who spent more time in the principal’s office than in the classroom? Even though she feels safer having him on their crime-ridden campus, she’s not looking forward to her daily encounters with her cocky head of security. Or being socked in the heart all over again by his devastating smile. Or having to finally face her unwanted attraction to him that might have kindled into a lot more if she’d never left Texas in the first place.