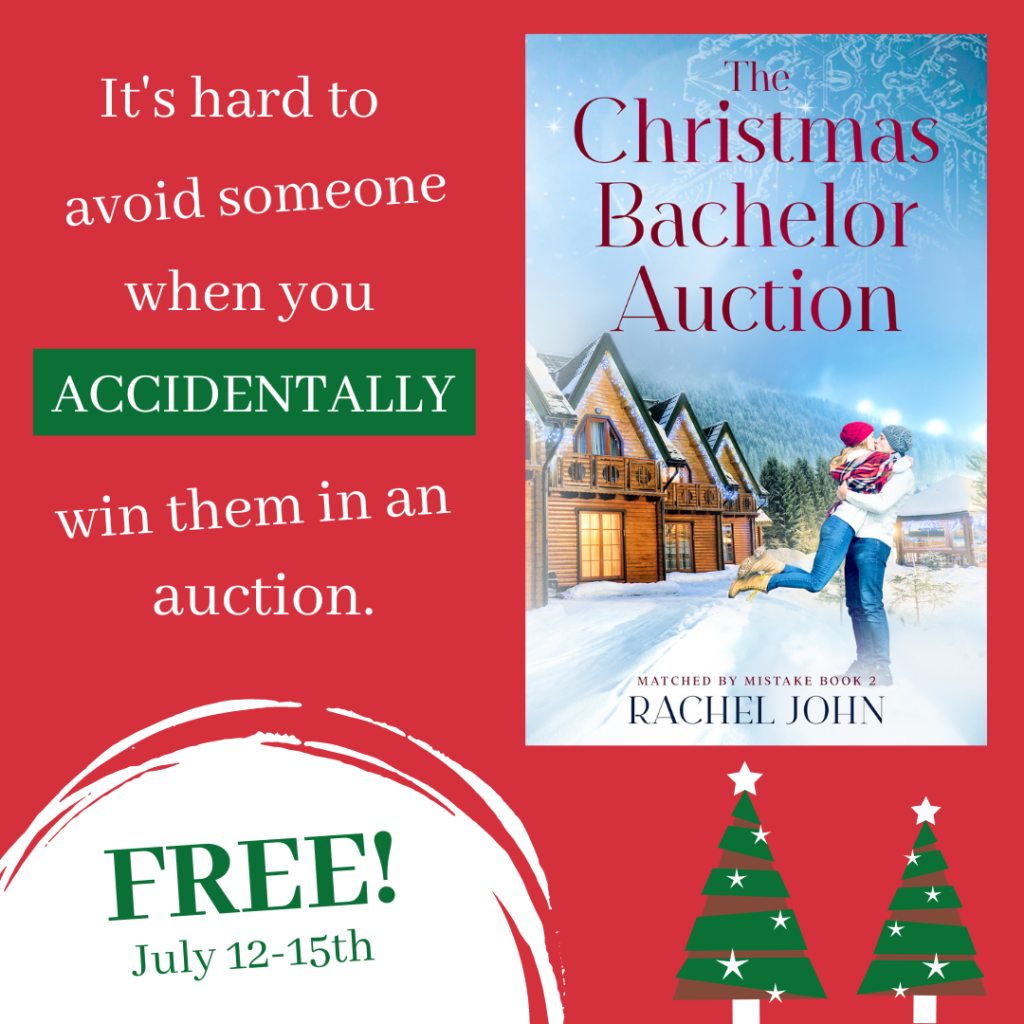 A reluctant bachelor and an accidental bidder—is it perfect recipe for romance or disaster?

Cara Marconi promised to bid at her town’s charity bachelor auction, but never with any intention of winning. So when she wins her best friend’s brother, she’s a little freaked out, and clearly he is too. The last time they spent any time together before he left town, she sort of launched herself at him. It was a kiss to remember, and one she’d give anything to forget.

Justin Riggs was expecting to take a nice old lady out to dinner a few times, not worry about hurting Cara when he leaves again. Of course, that’s not exactly how their conversation goes after the auction. He may have called her out on her crush on him… and added some other accusations that will live to haunt him forever. Now, Cara thinks he’s a jerk, and he’s realizing too late that he’d like a lot more than her forgiveness.

Cara’s stuck. By winning a date package with Justin, she’s also won the marketing headache that goes with it. The town expects to see them out together having fun. Fine. Cara will play along, but by her own rules. She’ll friendzone the heck out of him, hide her heart where he can’t reach it, and conquer this crush by the time he leaves after Christmas.

Curl up with this sweet and sassy Christmas tale about mistaken motives and secrets revealed.