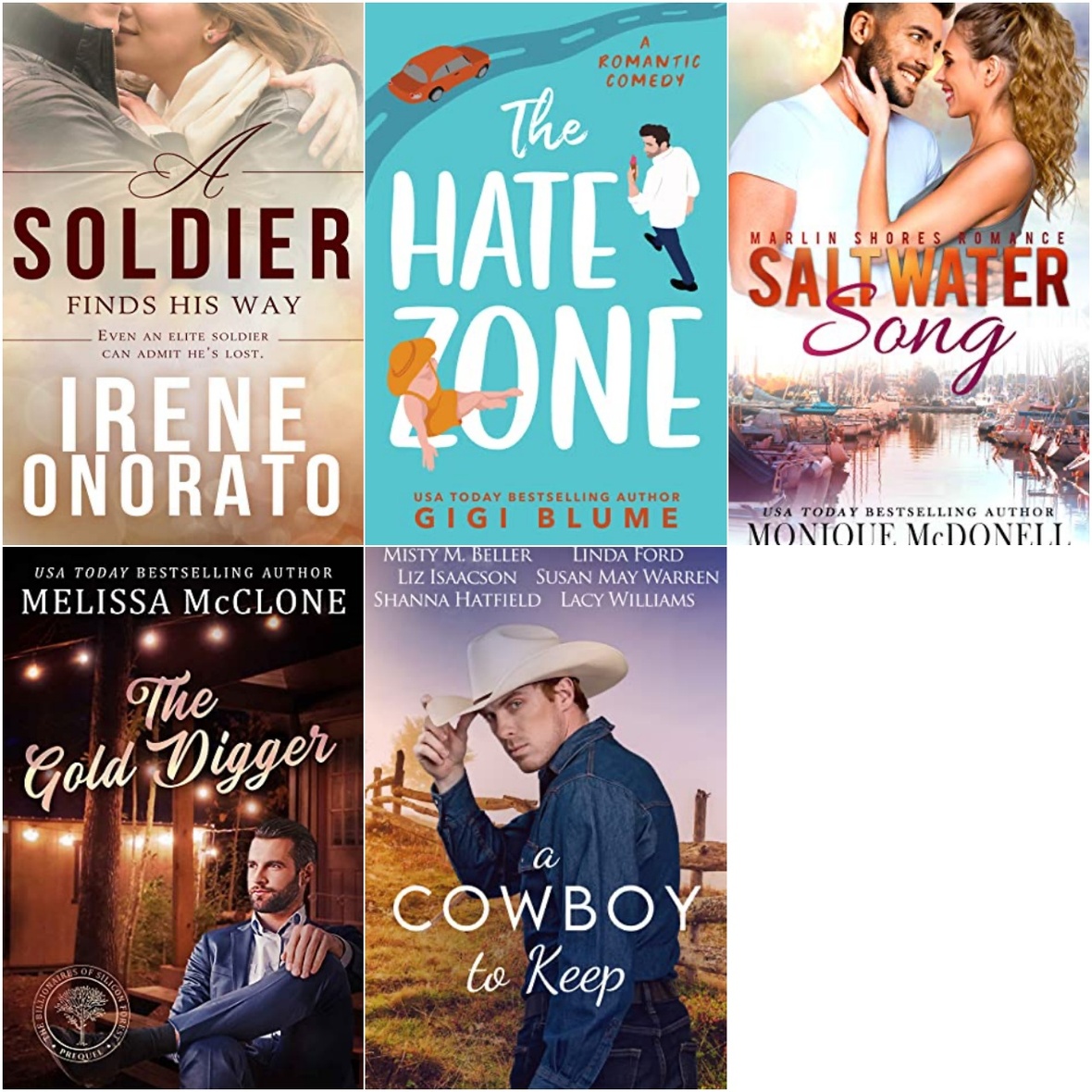 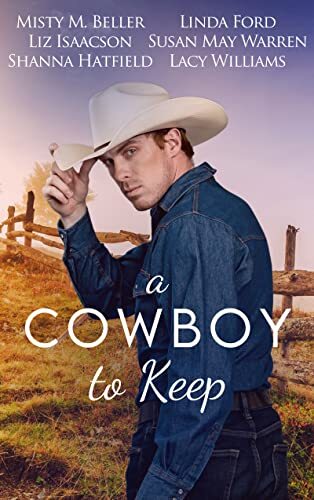 A Cowboy To Keep

Who doesn’t love a cowboy? This one is yours to keep. This collection from six of your favorite Christian fiction authors includes 1200+ pages of page-turning romance, perfect for a weekend of binge reading. *The Rancher Takes a Cook by Misty M. Beller *The Mechanics of Mistletoe by Liz Isaacson *Knox by Susan May Warren *Dillon by Linda Ford *Crumpets and Cowpies by Shanna Hatfield *His Small-Town Girl by Lacy Williams Blurbs for each included title can be found on Amazon 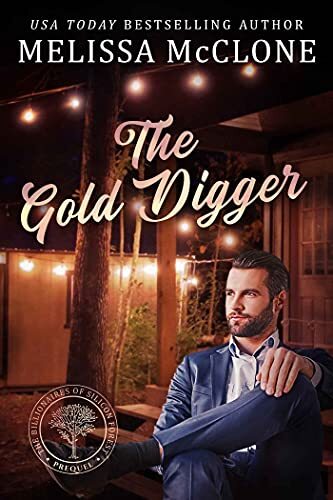 The Gold Digger by Melissa McClone

Real estate agent Cambria Baker needs to make a sale, or she’ll be homeless. So, when her broker asks her to do a showing on Mount Hood, Cambria jumps at the chance. The only problem? The buyer is as gruff as he is gorgeous and not impressed with her or the dilapidated cabin. Tech billionaire Adam Zeile wants to build the perfect mountain lodge where he can forget about work and the women who are only interested in his net worth. He’s excited to see a property with a dream view, but the beautiful real estate agent’s eagerness to make the sale raises his suspicions. When a mudslide traps them in the cabin, they must put aside their differences. As mutual respect grows into attraction, an unforgettable kiss changes everything. But can their newfound connection last once they’re rescued? Or are they better off burying it and saying goodbye? 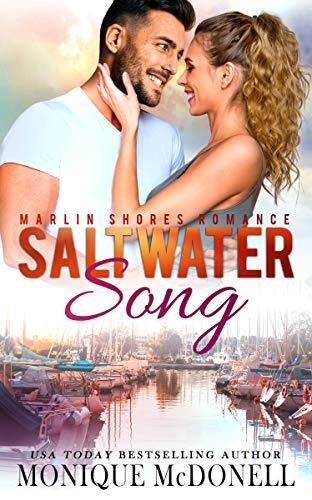 Parker: I’m so sick of longing for things I can’t have. Three years of caring for my father and running his marina had stripped me of everything – my old life in the music business was gone—and now so was he. I wanted to start my life again, but even from the grave, the old man was controlling me and my brothers. I wanted to get back to who I was before, who Kelsey saw me as, but I didn’t know if that was even possible, no matter how badly I wanted it. Kelsey: He discovered me in a bar at age seventeen and turned me into a singing sensation. Parker was my manager and my best friend, but he promised me from day one we’d never be anything more. That made the fact that I was hopelessly in love with him more than a little inconvenient. He’d been gone three years, and I’d missed him every day. Now I was going to get him and prove to him it was finally time for us to make music together again, on and off the stage. If you like high stakes small town romance with a hint of heat and a guaranteed HEA , Saltwater Song is for you. 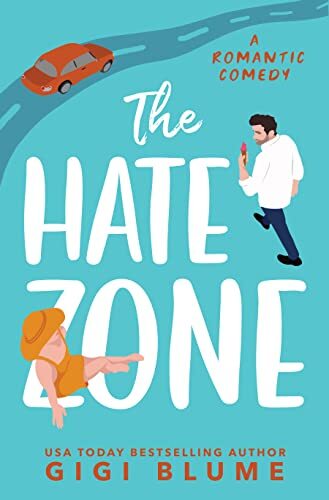 The Hate Zone by Gigi Blume

January Madison: My life has turned into a three-ring circus. My ex is tweeting for attention, my bodyguard is a psycho, the internet wants to burn me at the stake, and my dad’s a control freak. So when I meet my new driver Enrique, I revert back to my reality show persona. And inadvertently start a prank war with him. I want to say I’m winning, but he’s a master of strategy with his sly games and miles of muscles to distract me. I’ve never met anyone as infuriating as Enrique Precio. So why do I feel like I’m falling for him? Enrique Precio: There are three things I’ve learned about socialite January Madison: 1: She’s the most spoiled woman I’ve ever known. 2: She’s gorgeous and isn’t afraid to use it to her advantage. 3: Sometimes she looks at me like I’m the first donut after a 7-day juice detox. What I don’t want to learn is why my whole body reacts to her sparring like I just guzzled five shots of espresso, or why I’m starting to get a little too much pleasure from her smart alec jabs. And when she exposes the tiniest crack in her facade, I’m beginning to see there’s more to this poor little rich girl than meets the eye. 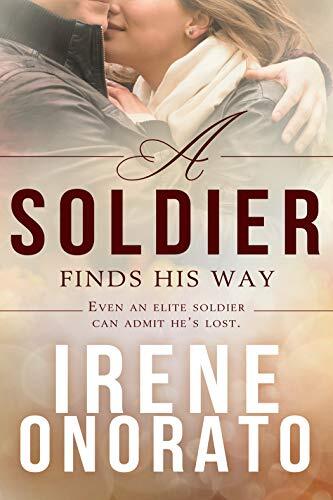 A Soldier Finds His Way by Irene Onorato

Even an elite soldier can admit he’s lost. Gruff and tough, Edward Giordano’s success as an elite Special Forces soldier doesn’t carry over to his personal life. Emotionally scarred from a painful childhood, he’s built a wall around his heart that he lets very few penetrate. Audra Lorenzo, a first-year school teacher, is on a road trip with her niece during the holidays. A storm that was supposed to pass, instead crosses her path. Lost, with her GPS cutting in and out, her car skids off a road, down an embankment, and into an icy river. Everything goes black. Regaining consciousness in a remote cabin, Audra finds she and her niece were saved by Edward, a soldier who’d put his life in danger to rescue them. Harsh and unfriendly at first, the lieutenant’s demeanor frightens her. As days go by, small kindnesses shine through chinks in his armor and her heart is drawn to his. But does he feel the same? Can this scarred and guarded man find it in him to share the same love for her?