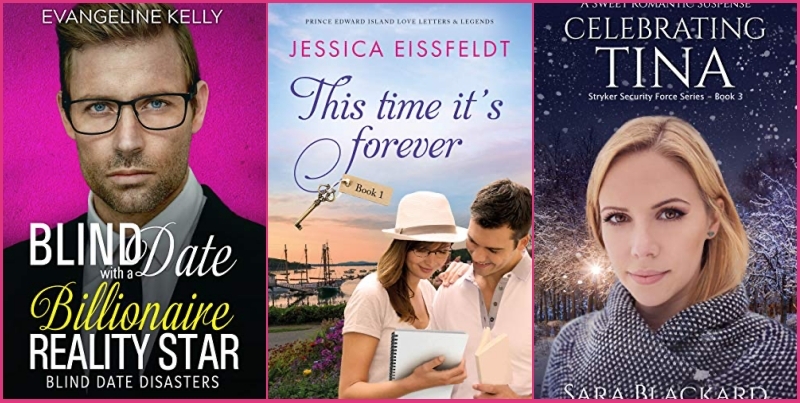 A K-9 handler determined to prove she belongs. A detective with an unwavering plan. Can they overcome their painful pasts and accept the gift of love?


Tina West has spent her life feeling like she stood on the outside, but since taking a job at Stryker Security, life seems to be turning for the better. Tina never imagined when she took a job as a nanny she’d end up training for search and rescue. Yet, when her boss shows up with a retired military dog and the opportunity to train with him, Tina snatches up the chance to help those who are lost. If she saves enough people, maybe she could find meaning in a life that left her with nothing but a bruised heart and a tarnished picture of family. As holiday festivities loom before her, she wonders if she’ll ever shuck the regrets that haunt her dreams and keep her from connecting with others.

Milo Bishop’s every move has been to take care of his mom and younger brother. Since his father’s murder, Milo has worked hard to make sure his mom and brother were provided for. He joined the police force straight out of high school, took night classes so he could move up to investigator, and put his life on hold until his brother graduated from college. But when he is rescued on Thanksgiving Day by Tina West, his well-laid plans take a sharp detour.

In this sweet contemporary romance, budding archivist Ruby Zalonski and handsome Prince Edward Islander Nathan O’Neil must join forces to solve a series of 300-year-old riddles. Hidden between the pages of love letters from centuries-past lovers, they uncover a tale of love and war surrounding the theft of the Great Seal of Prince Edward Island in 1775… And two lovers are destined to complete a legendary romance set in motion three centuries ago… But as Nathan and Ruby search to find out what happened to the lost Great Seal, will they also uncover the treasure of true love?

Competing for a date with a handsome billionaire goes against everything she believes in, but she has no choice.

Five years ago, when Karlie Spencer found out her parents died in a plane crash, she quit college and rushed home to care for her two siblings. They became her priority, leaving no time for a relationship. After losing her job, she auditions for a dating reality show and saw it only as a means of income until she found other work. She didn’t count on falling for the billionaire bachelor, but when she looked beyond his arrogant demeanor, she saw a lonely man, hiding from pain.

A horrible accident haunted Drake Arnold, making him look to the show as a distraction from thoughts that plagued him. He had no intention of getting into a real relationship with anyone, but then he met Karlie. It wasn’t until his feelings ran deep that he suddenly realized…she might not be able to accept his past. Can he push through the pain to find a future with Karlie? Or will they both walk away at the end, knowing it was never meant to go anywhere?

This is a contemporary Christian story with strong Biblical themes and Bible references.