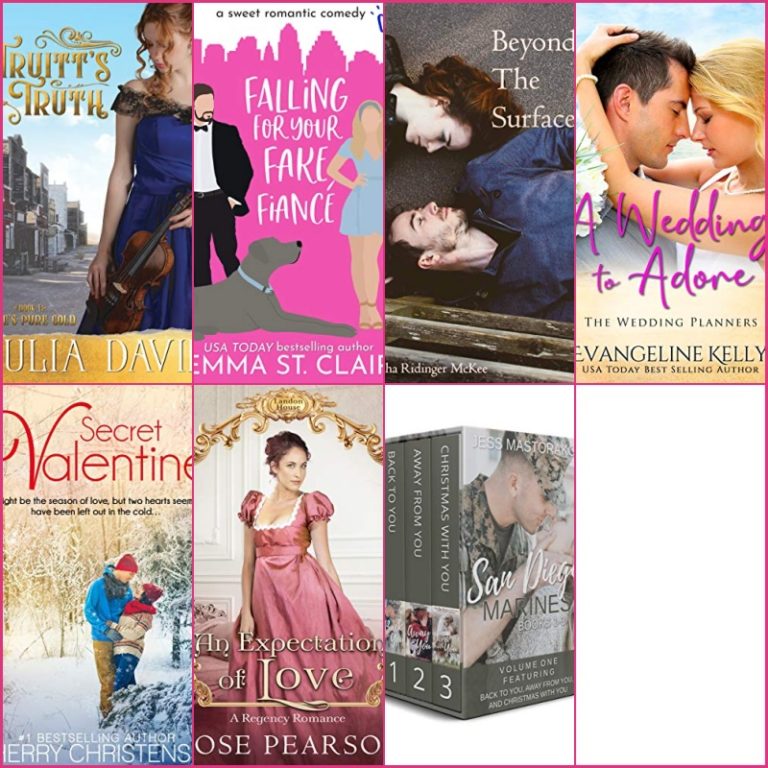 Fall in love with Hawk, Mills, and Cooper in the first three full-length books of the San Diego Marines series.

Book One – Back to You: He’s ready to protect his country, but protecting his heart is a little more complicated. United States Marine Spencer Hawkins doesn’t do relationships. Not even with his best friend Ellie Burton, the girl who has always been there for him, even in his darkest hour. As he starts his journey as a new Marine, Ellie doesn’t hesitate to support his dream, even if she’s struggling to find her own. But after one kiss changes their relationship forever, can they ever go back to just being friends?

Book Two – Away from You: This kind of love deserves a second chance. Lance Corporal Matthew Mills leaves his wife after returning home from his first deployment with PTSD. Six months later, a week in the woods at Big Bear Lake promises relaxation and fun with friends. Without the pressures of the outside world, Olivia hopes she can convince him that their love is worth fighting for. And as much as it scares him, Matt can’t help but want to let her.

Book Three – Christmas with You: Fake-dating a gorgeous Marine at Christmas should be a no-brainer for Angie. Too bad he drives her nuts. When Staff Sergeant Charles Cooper made up a fake girlfriend to appease his grandmother, he hadn’t counted on Grandma Jean flying halfway across the country to meet her at Christmas. Angie Black agrees to the deal only because she could use a fake boyfriend for her own reasons. Their arrangement seems to solve both of their problems. That is, until unexpected feelings arise. With his deployment looming, will they figure out that they’re meant to be before they find themselves half a world apart?

Rakes and rascals eager for her dowry and status…Can Lady Dorothea find one good gentleman?

As the youngest daughter, Lady Dorothea has been a little more indulged by their father than her sisters. Being fully aware in her own mind as to what she wished her future husband to be, she is immediately dissuaded from accepting the Earl of Windford’s attentions due to the fact that he has something of a limp and cannot partake in society to its fullest extent.

Lord Oliver Windford is astonished at himself. To find himself so drawn to a lady, to then be so turned from her has left him in a great confusion! Already injured by society’s disdain, he makes plans to leave London only to be prevented by the attentions of an entirely new lady. But is she genuine in her considerations towards him or does she have another motive?

When Dorothea realizes that the gentlemen around her are nothing more than rakes and rascals eager for her dowry and status, she soon begins to question her own attitude and selfishness. Is it too late for her to accept Lord Windford’s attentions, or has he, as she fears, already turned towards another?

Professor Hannah Wagganer spends her days teaching history, and her nights dating Glen Arbor’s new mail carrier, Jasper Morgan. Not only does he spark Hannah’s heart, but he has become best friends with her cat, Jingles.

As Hannah happily prepares for the church Valentine’s Day potluck and makes cards for local veterans, a snowstorm sends her plans, and her relationship with Jasper, on an unexpected detour. She seeks refuge from the storm at Jasper’s cottage, and finds him to be a warm and gracious host. But, at the same time, the spark is gone—when it comes to romance, he’s turned as cold as the February wind. Doubt creeps in, leaving Hannah worried that she’ll end up spending another holiday alone.

Then, once again, unexpected blessings abound in town, when an anonymous donor pays to have the church pipes repaired, and other locals suddenly find solutions to their problems. Is it coincidental, or the work of a secret valentine?

Can a wedding planner convince a man afraid of commitment that love is worth fighting for?

Brooklyn Melbourne knew since she was a little girl that wedding planning was her passion. After starting a new business with her two friends, she is determined to make it a success.

That is until…she gets a client with parents who threaten to ruin everything with their constant bickering. And then there is the brother of the bride. He’s tall, dark, and handsome, and completely smitten with Brooklyn. Except, he’s determined not to marry. Ever.

Jarrett Jeffries is a multi-million-dollar software developer who will do anything for his baby sister, including paying for her wedding. When he meets her wedding planner, he knows he has to keep her at arm’s distance, but that seems almost impossible when sparks fly and he can’t get her off his mind.

After a lifetime of dealing with contentious parents, Jarrett believes it’s better to play it safe and stay away from the institution of marriage.

But sometimes, life throws a curveball and one has to reevaluate everything they ever believed about love.

Ella is a middle-aged woman with a stagnant career, an exasperated teenage daughter, and a husband that has left to make a new life with another woman.

Her first attempt at dating is a disaster, and in an attempt to refocus her life and rediscover her joy, Ella goes fishing. It is here that she meets Dennis, the older, captivating man that ends up saving her life and stealing her heart.

But Dennis has a history, and Ella might just be in for the biggest heartbreak of her life if she can not get her emotions under control and face the demons from her own past.

What happens when the man I love to hate becomes the man I must pretend to love?

I can’t seem to escape Thayden Walker and his infuriating charm.

Even his mother and his Great Dane seem bent on playing matchmaker.

Until I’m presented with an offer that puts my ability to withstand him to the test.

If I marry Thayden, all my student debt goes poof, and he’ll take over the family firm.

There’s so much more at stake than money or a job, especially when I start to see the man beneath the mask.

Playing house with Thayden is the most dangerous game of all.

And we’re both set up to lose more than we could ever win.

Unless we’ve been on the same side all along …

Inside the California Gold Rush of 1849, the toughest man in town, Truitt, is ready to face the truth. Putting his fighting career aside, he needs to get out of Hangtown. The unruly mining town named after the night his father was unjustly hung.

But mudslides and Truitt Emerson do not mix. Now he’s stranded with two young ladies from back east. His boss’s fiancée is difficult, but her gorgeous ladies maid has him watching her every move. Why does she clutch that silly case?

When Cassidy O’Ryan was pulled from her Irish Grandparent’s home, her beloved violin became her prized possession. To avoid her father’s matchmaking, she promises to travel to the gold rush town of Hangtown to wed her cousin she’s only met as a child. What she didn’t promise was that she wouldn’t trade places with her ladies maid and pursue her love of singing and violin in the new state of California.

The young women had months to plan the switch. It shouldn’t be a problem until her cousin sends Truitt Emerson to pick them up and escort them to Hangtown. Burly and tough, Truitt is not only the town boxer, but he’s also her cousin’s bodyguard. The sudden desire to trust in this handsome stranger is unusual.

Until Truitt burns her beloved violin. Cassidy now has her own fight to find her truth, her freedom in this rough mining town. Neither Truitt or Cassidy are prepared for the compelling attraction that’s desperate for an honest future. Can the truth prevail or is it too late?