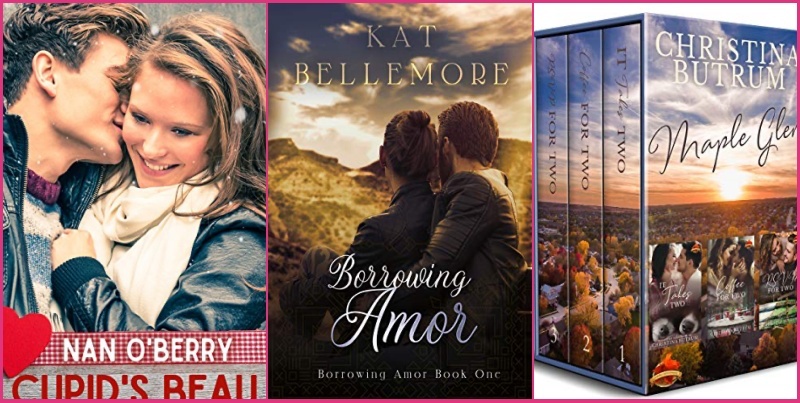 Welcome to Maple Glen, where the Mitchell siblings are all about to learn that love has a way of finding you when you least expect it. From falling in love with the boy next door, the new cop in town, and the troubled mechanic with a heart of gold, the one thing that doesn’t change is the matchmaker behind it all.

A small-town mayor. A stranger with a sketchy past.

Two weeks before Christmas, Katie is kicked out of her apartment. Again. Rather than wander the streets and continue to work for a dirty cop, she escapes, determined to disappear for good. Until her car breaks down in a small New Mexican town, and everything is threatened when she falls for the charming mayor.

Sam Freedman is the first bachelor mayor of Amor. After convincing the locals that having a mayor without family responsibilities means he can dedicate all of his time to the community, they watch his every move. Then Katie Andersen shows up. Against Sam’s better judgement, he hires her to replace his former event coordinator. Now he can barely think straight, let alone run a town.

In the midst of half-truths and outright lies, Katie and Sam desperately search for the place where honesty and trust lead to love. But they have to find it before the past catches up with them.

Do you believe in the power of cupids? A chance meeting in the middle of a snowstorm finds Desiree Warren falling in love with a politician running for election. Not quite sure she believes in the power of love, like her grandmother, it takes a wink from a cupid to get her heart rolling in the right direction. Is Garrett Jefferson the man of her dreams, her Cupid’s Beau?