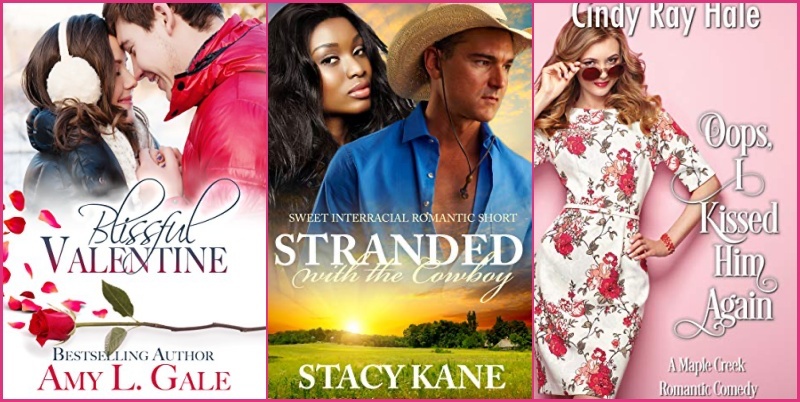 An impulsive kiss and a fake relationship. What could possibly go wrong?

When Will Vance, Maple Creek’s chief of police, pulls sassy Layla Bowen over for speeding yet again, the last thing he expects her to do is kiss him. And he certainly didn’t expect the fireworks that exploded when her lips met his. Can he keep his heart in check around his old crush?

Flower shop owner, Layla Bowen, is determined to get her matchmaking mom off her back. So when her mom witnesses her getting pulled over, she makes the impulsive decision to kiss the chief of police of their small town and tell her mom she’s engaged to him. The hilarious fake romance that ensues is all fun and games until her heart decides to get involved.

After returning to her small hometown of Little Hawk, Wyoming after thirteen years of avoiding the place, successful New York City news anchor, Elise Mitchell is met with whispers, jeers and the cold yet rugged shoulder of her ex-sweetheart, Cal Rivers.

Elise can’t get out of Little Hawk fast enough but having the worst luck in the world, she’s  stranded in town because of a blizzard.

And if that isn’t bad enough, she’s forced to spend the entire night with the one man in town she hoped to avoid.

You guessed it; Cal Rivers.

It’s gonna be a looooonnnng night.

Straight-laced 19-year-old Brooke Powers has two goals: First, avoid the party scene and all the drama and disaster that go along with it. Second, focus on attaining her Marketing and Business degrees. When her roommate begs her to attend a fraternity party she reluctantly obliges, but gets more than she bargained for when she meets enticingly charismatic fraternity brother, Dean Parker. After a mishap causes her to wake up in the worst possible place she can imagine, she vows to stay away from anything or anyone fraternity related. Staying away from Dean is a daily battle, one she’s slowly losing. When her feelings conjure up old demons from the past, her strategically planned future turns into chaos. Brooke is desperate to keep herself on track. Will Dean be her downfall or is he exactly what she needs?