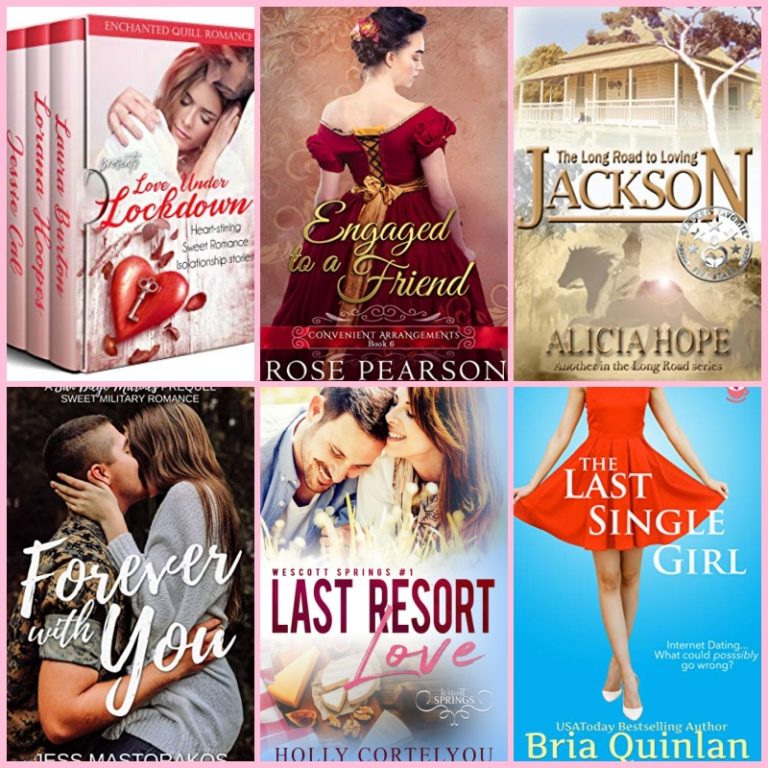 Get a date for the big gala in four weeks when I thought I could go solo? Challenge, accepted.

Now to find a hot, interesting guy who will dress up for a gala. Last minute. Who doesn’t already have plans on the busiest date night of the year. But, so far the best part of the search for a great date has been the cute café I found and the geeky-hot owner who keeps rescuing me from these crazy eLove.com dates.

This should be easy-peasy. The internet is the home of all your hopes and needs, right? Spoiler Alert: it isn’t. Between the bromance date and the crazed single dad who needs to hire a nanny and housekeeper, not get a date, I’m running out of options. If only a certain cutey didn’t have a phone call with “sweetheart” every day.

The weirder things get, the more I think just going solo is very I Am Woman, blah blah blah. Forget about the fact that my heart keeps bringing me back to a certain café even when I don’t need to be there…I mean, my heart doesn’t always get what it wants, does it?

She’s been hurt before. As a U.S. Marine, he’s the embodiment of loyalty.

After being left at the altar, Sara came home to run her parents’ bookstore. She’s sworn off love, but as she gets to know the handsome Marine Recruiter who works next door, she can’t help but wonder if he might be just the man she always needed.

Sergeant Vince Moore is struck by Sara the moment he meets her. To win her love, he’ll have to show her he’s trustworthy and reliable. But with a job like his, long hours and broken promises are part of the territory.

As Vince and Sara get closer, can their relationship survive the demands of the Marine Corps and her past coming back to haunt her?

Bad things often happen in threes. So they say, and that’s certainly the case for up-and-coming professional trick rider, Abbey Miller. Already reeling from serious setbacks – terminal damage? – to her career and love life, Abbey is devastated by the sudden loss of her remaining family member.

Grief-stricken and heartsick, she limps home to the Central Queensland cattle station she now owns, hoping to find solace. Instead she’s confronted with a suspicious death, mounting responsibilities and dwindling resources, a close family friend in dire straits, and an enigmatic squatter trespassing on more than just her land. And when an easy way out presents itself, she faces some tough choices.

Should she cut and run, or stay and ride it out? Defy her beloved uncle yet again, or redeem herself? Lower her guard, or fortify her battered heart’s defences?

Sometimes life offers a second chance and for the lucky, more than one. And on a long road, it can be the hitchhikers we collect along the way that make the journey worthwhile.

Friends for several Seasons, Lady Tabitha agrees to a fake engagement to Lord Yarmouth to help him inherit a fortune. What could go wrong?

Lady Tabitha and Lord Yarmouth have long been friends. With the death of her first husband two years behind her, Lady Tabitha intends to enjoy society without restriction. However, when Lord Yarmouth comes to her with a desperate plea, she must consider whether or not she will put her freedom on the line in order to help him.

Oliver, the Earl of Yarmouth, has found himself in an impossible situation. Stipulated by his late father’s will that he must be engaged before a certain time in order to gain the rest of his fortune, he begs Lady Tabitha to step in as his betrothed, even for a short time. But when a solicitor informs him that he must be wed rather than only engaged, Oliver begins to panic.

What will he do now?

Enchanted Quill Romance is thrilled to present this huge anthology of sweet romantic shorts guaranteed to warm your heart.

This collection features 24 short stories about finding love while locked down in one place. It has a wide variety of all your favorite tropes including:

And so much more. Laugh, cry, sigh and swoon during this beautiful collection of short stories by sweet romance authors handpicked by Enchanted Quill Romance.

This heart-stirring boxset is a limited edition, so pick it up now to avoid missing out.