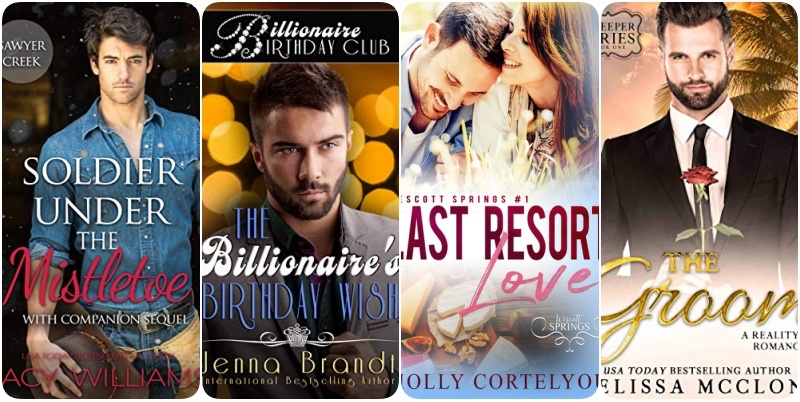 He broke her heart on national television, but can they team up to win a million dollars?

Falling in love with Jace Westfall on The Groom was never part of Millie Kincaid’s plans. However, she’s learned a valuable lesson about trusting handsome men—don’t! She returns to her teaching job to forget the devastating rejection. But her school needs money, so when Millie receives an offer to be on another reality TV show, she can’t refuse.

Hurting the sweet and shy Millie was the last thing Jace wanted to do, but he had his reasons. Too bad going from being the fans’ beloved hero to the world’s worst villain cost him endorsements. Now, he’s on the verge of losing everything. To save his floundering business and family who rely on him for support, Jace agrees to do another reality show.

Forced together, Millie and Jace race from country to country. Their only goal—to win. As cameras capture their every move, one thing becomes clear: Money isn’t the only thing at stake. Now, they must overcome their past to win not only the prize but maybe each other’s heart, too. Will they cross the finish line as a couple, or will they end the race alone?

What do you give the billionaire who has everything?

Wade McAllister is a celebrity pastry chef that turned his fame into a billionaire dollar cooking empire. He has everything he could ever want at his fingertips, but something is missing. When one of his friends gives him an exclusive invite to join the Billionaire Birthday Club, he’s intrigued. Could this place finally help him figure out what’s missing in his life?

Tara Wilson takes the concierge position at the elite and very private island resort where the Billionaire Birthday Club is located, viewing it as a stepping stone to opening her own high-end hotel. What she doesn’t expect is to fall for one of her clients, which could jeopardize everything for her, including her heart.

Will Wade’s birthday wish come true? Will Tara be able to have both love and a career? And what will happen when the news gets out about their relationship?

He’s trained to kill. She’s got a healer’s heart. There’s a thousand reasons they would never work… but she has one night to change his mind.

One night. Make it count. Mallory Trudeau can manage a five hundred acre ranch. She just can’t seem to break out of the Friend Zone with Sam “Maverick” Dunlop. She knows he thinks of her as Cash’s little sister, but that’s going to change tonight.

It’s just one night. Evade and retreat. The fancy-schmancy Christmas Ball is one in a long string of reminders that Maverick doesn’t belong in Mallory’s world. He’s got thirty-six hours to report back to his military base. He can make it that long without giving in to the forbidden attraction he feels for Mallory.

He just wasn’t counting on the mistletoe…