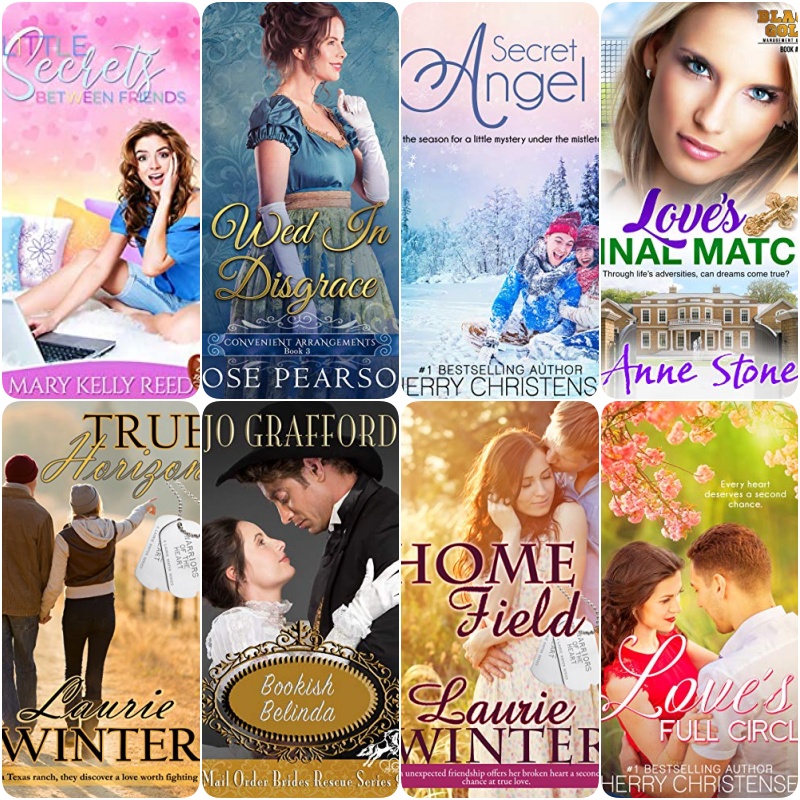 Kayden James may have missed out on her happy ever after. But, as a successful marriage and family therapist, at least she can help other people find theirs. Now that her career has taken off, Kayden is finally ready to put the past behind her. . . until it strolls into her office unexpectedly one day. The last thing Kayden needs is for her ex-boyfriend to stir up old feelings. She’d rather stay a single cat lady than let him break her heart again.
Liam has spent a long time living with one regret—letting Kayden slip through his fingers. He’s determined to make amends for the way he treated her all those years ago, but he’s finding it hard to melt her icy exterior. If he can just convince her to trust him and see that he’s changed, their love finally has a chance of coming full circle.

One year after her husband is killed in action, Julie Ellis is back in her hometown and focused on raising her young son. Then Reagan Harrison bursts into her life—a cocky, charming linebacker who leaves her off balance.
As a successful, professional athlete, Reagan believes he has it all. But after meeting Julie, he finds every excuse in the book to spend time with her. Despite his best efforts not to fall too hard, Reagan envisions a future with Julie, along with the little boy he’s come to love as his own.
While Reagan’s protective love begins to mend Julie’s spirit, she can’t suppress her continued deep devotion to her late husband’s memory. And when a letter arrives from beyond the grave, Reagan resolves to provide her with the answers she desperately needs to heal. Now Julie must choose either to keep her heart closed off or remove the lock and fight for a future with Reagan. Can a second chance at true love be just as sweet?

Belinda Fairfax has an ax to grind with Colt Branson. She’s been patient — as patient as can be expected by a woman who was jilted at the altar by the only man she’s ever loved. She quietly supported his decision to travel west in search of his missing sister. She wordlessly held her tongue when he and his brother opened a mail-order bride agency — with their one-of-a-kind Gallant Rescuer clause — to help prevent any other would-be brides from suffering the way their sister had suffered.
However, Belinda draws the line at watching Colt’s brother, Jordan, fall in love and marry one of their lovely clientele. For all she knows, Colt may be courting someone, too. She breaks her silence with a letter, delivered to Headstone by the next mail-order bride. When a few months pass with no response, she decides writing isn’t enough. Without the funds to travel west to confront her former affianced, she sees no other choice but to sign one of his blasted bridal agency contracts and send herself to Arizona as a would-be bride!

Back home on her family’s Texas Longhorn ranch, Grace Murray is busy preparing for her wedding. After a scruffy tattooed drifter saves her life, she takes on the mission of helping her savior, Heath Carter, find peace. The steady friendship and unconditional acceptance she receives from him encourages her to trade an old dream for a new one—a dream true to her heart. When she calls off her wedding, Grace is finally set free to fully love Heath.
After a decade of military service, Special Forces veteran Heath Carter is living with war’s tragic consequences. Struggling with PTSD, anger, and guilt, he travels through Texas, solitarily moving from job to job. Working with Grace on the ranch, Heath’s guilt over his past actions make him feel unworthy of her love. As their paths lead them in different directions, Heath needs to discover the courage to fight his toughest battle yet—the one inside himself.

Ashley Hamilton and Morgan Cameron have been best friends since childhood. Now married, they are the ‘It’ couple of tennis, winning title after title, tournament after tournament. Together, with their best friend and fellow tennis star Tony Regada, they are unstoppable on the court.
However, Ashley and Morgan’s relationship is tested when Ashley receives a series of death threats after her continued winning streak. She’s not ready to retire from playing, but how can they start a family when her life is in constant peril?

Doctoral student Hannah Wagganer has big dreams of leaving her hometown of Glen Arbor behind to teach at a large university. That is, until Jasper Morgan, the new mail carrier, arrives in town. Not only does he send Hannah’s heart racing, but he creates an instant bond with her cat, Jingles.
While Hannah is busy preparing for the church’s candlelight Christmas Eve service and running the family store, she keeps bumping into Jasper—right in front of the prying eyes of the locals, who suspect there’s more going on than business as usual.
But then, a series of unexpected blessings occurs that changes the town’s focus: first, an anonymous donor pays to have the church furnace repaired, and then other locals suddenly find solutions to their problems. Is it coincidental, or the work of a secret angel? 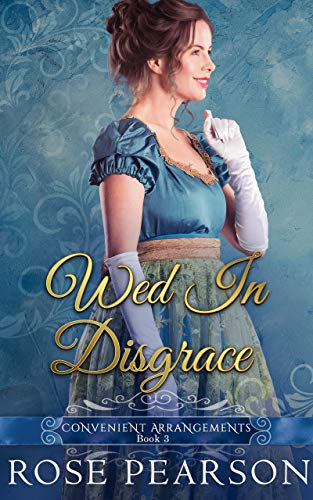 An orphan and a disgraced Viscount…will they work together to clear his name…and find happiness along the way?
Miss Delilah Johnson has been left orphaned. When her new guardian – an old decrepit uncle – arranges a marriage to a disgraced Viscount, Delilah can only think the worst.
What she discovers is that her betrothed is a broken man, tainted by a crime he insists he did not commit.
Will Delilah allow herself to trust him and try to clear his name?
Or will she continue to consider him guilty, turning her back on him completely?

Ella has been in love with Tyler, her best friend, for as long as she can remember. He knows nothing of her feelings, and she’s determined to keep them secret at all costs.
Things change however when one evening, in a moment of weakness, she expresses all her frustrations on a blog. When she realizes the magnitude of the chaos she’s created, it’s already too late; the blog has been shared on most social networks.
As the cherry on the cake, Tyler finds out about the blog, and he’s critical of the content and its author to say the least. But Ella’s troubles have only just begun. Not only is she unable to defend herself, but Tyler sets out to discover the identity of the blog’s author, and he’s not the only one. Going from one surprise to the next, Ella realizes she may not be the only one hiding secrets.