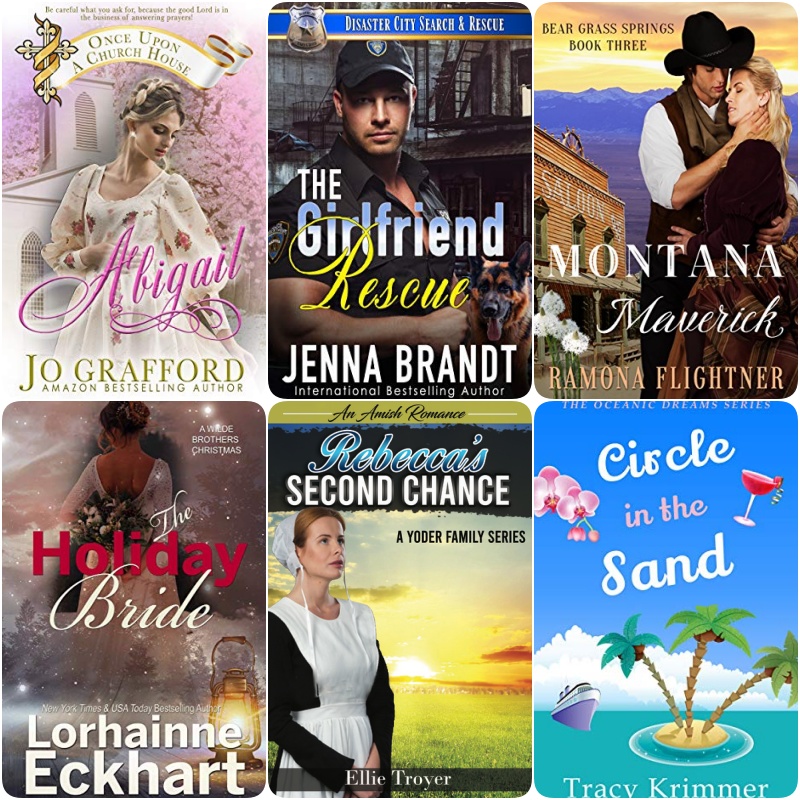 Follow the rules. Be reliable. Don’t wear your heart on your sleeve. Living by these words didn’t put librarian Isla Hunter any closer to the life she imagined at thirty. With her birthday in only a few days, she can’t wait to sail away on a week in the sun with her friends Asher and Charlotte. It may be just what she needs. When an attractive woman takes a liking to Asher, Isla’s heart feels threatened in an unfamiliar way. She’s used to Asher flipping through women like a playbook without a second thought, but this time it’s different. As she tries to sort out her emotions, she struggles with Asher’s connection with this woman. Is it time for Isla to finally break the rules or will that only lead her into hot water? 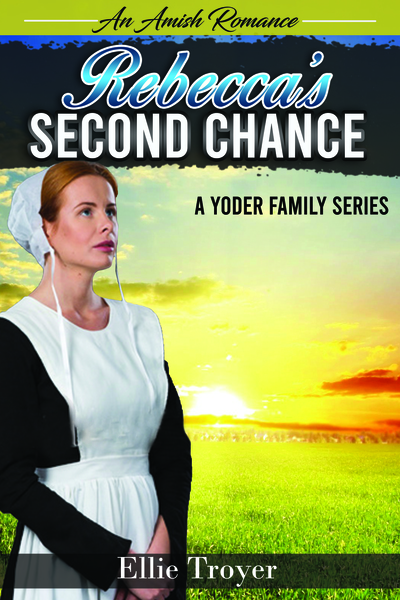 Rebecca Yoder had come back to her Amish community after her year of rumspringa, committing herself to the community and her faith. But the delivery man for the local grain store, Jimmy Knox, had caught her eye and eventually her heart. Following a fateful kiss with Jimmy, Rebecca’s family gives her an ultimatum – she can go with Jimmy and leave their community, or she can stay with her family and lose Jimmy. After days of agonizing, she chooses her faith, but by then, the local village basically shuns her. Rebecca’s parents decide it would be best if she moves in with her grandfather two towns away, to take care of him as his health declines. They feel that by removing her from their home, they will no longer face the condemnation of the community for her relationship with Jimmy, and maybe she can find a man who would forgive her past. Becca moves in with her grandfather, and toils day and night, taking care of his house, the cooking, many of the farm chores, and taking care of his health needs. Sad and lonely, still facing comments about Jimmy, Becca starts taking long walks by herself when her work is done. On one such walk, she meets Noah Flaud, and they begin to court. Rebecca struggles to put her shame behind her, and fully embrace the love and acceptance Noah is offering her. 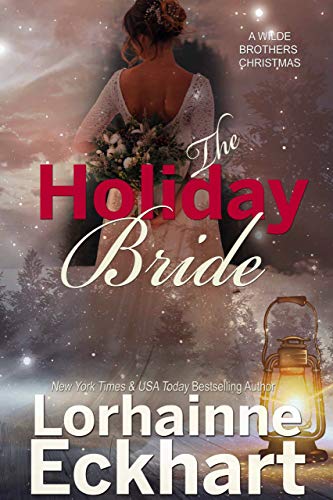 All Trinity Cooper Wilde wanted was a quiet Christmas alone with her baby, a baby no one knows about but her twin sister, Dawn. Dawn has warned Trinity that she needs to come clean and tell everyone about the baby, including the father, Garrett Franke, their former neighbor, whom Trinity has hated since tenth grade—with the exception of one night last year, a mistake. Her family is starting to wonder why she hasn’t come home to visit in over six months, and Trinity knows time is running out. She plans to tell everyone, but she gets happily stuck in an unexpected snowstorm in her tiny cabin, located outside a small Idaho town. Deputy Garrett Franke still can’t get Trinity out of his mind, especially considering he works side by side with her dad, Sheriff Logan Wilde. When Dawn unexpectedly pulls him aside one day, he allows her to convince him to drive out to a remote cabin in the middle of a snowstorm to check on her sister, whom no one has heard from since the storm hit. That’s the thing about snowstorms: You never know who’ll show up at your door, and a baby isn’t the kind of secret that can stay that way for long. 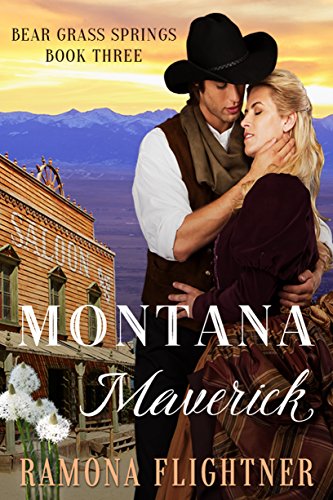 A curious reporter. A charming gambler. Will they accept the love dealt them? As the newcomer in town, Jessamine McMahon is determined to forge her own path as a reputable reporter. In order to survive in the small town of Bear Grass Springs, she soon learns that she has to peddle local news and gossip as well as hard news. At turns fascinated and repelled by Ewan MacKinnon, Jessamine writes frequent articles about him, calling him the town’s “most disreputable gentleman.” Ewan MacKinnon lives a charmed life. A successful builder, he spends his evenings at the saloons or at other fine establishments in town. He has no interest in a wife. In love. Not again. However, Jessamine intrigues him with her fiery spirit and determination to prove herself capable in a world often merciless to independent women. As she learns to read his poker face and he reads between the lines in her articles, they realize theirs is no usual courtship. Will they trust in their love or squander the opportunity given to them? 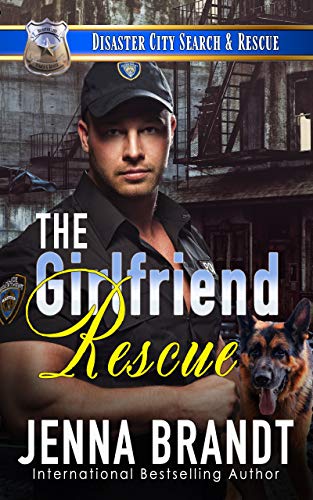 A search and rescue cop training to become a K-9 handler, a lovely dispatcher who always has his back, and an earthquake that threatens to tear them apart… Officer Ted Hendricks has been biding his time, locating missing skiers and hikers for three years in Colorado, while waiting for a chance to become a K-9 handler. When a spot opens up at the Disaster City Search and Rescue facility in Texas, he jumps at the chance to go, even though it means leaving his girlfriend behind. Dispatcher Deanna Harper had one strict rule — never date a cop. That all changed when she got to know Ted Hendricks. He was the only single officer in the department who didn’t hit on her, which made him all the more appealing. When he decides to travel across the country to train as a K-9 handler, she decides he’s worth taking a chance on a long distance relationship. When Ted’s team is deployed to help in the aftermath of an earthquake in Colorado, Ted finds out that Deanna was in the epicenter. Can Ted find Deanna in time to save her? Will Deanna be able to survive until he does? And if they reunite, will they find a way to be together despite the distance between them? Step into the world of Disaster City Search and Rescue, where officers, firefighters, military, and medics, train and work alongside each other with the dogs they love, to do the most dangerous job of all — help lost and injured victims find their way home. 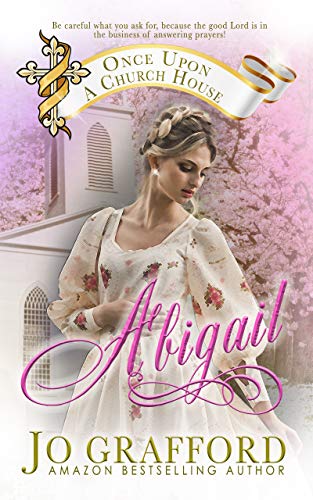 Abigail Price, a recently widowed church secretary, receives a letter from an old friend, urgently requesting her presence for the opening of the Mountain Springs Church in rural Idaho. Though things are difficult at the moment, financially and otherwise, she splurges on a train ticket, not quite knowing how she’ll scrape up the funds for the return trip. Chad Patterson’s boxing career is cut short when his ailing father insists he return home to Mountain Springs to run the family sawmill. Bitter over his premature exit from the boxing circuit, Chad is even less thrilled to discover his father’s work crew is a hodgepodge of misfits, ex-cons, and all-around troublemakers. To make matters worse, some do-gooder pastor has arrived into town and won’t quit hounding everyone about attending his church opening festivities. Plus, some hoity-toity church lady seems to think Chad and his men should simply fall in line with her every demand when it comes to cleaning up the church grounds. It doesn’t help that she’s too pretty for her own good and his rascal logging crew is all too happy to oblige. Or the way he finds himself leaping to her aid in the hopes of coaxing one of those rare but intoxicating smiles from her…